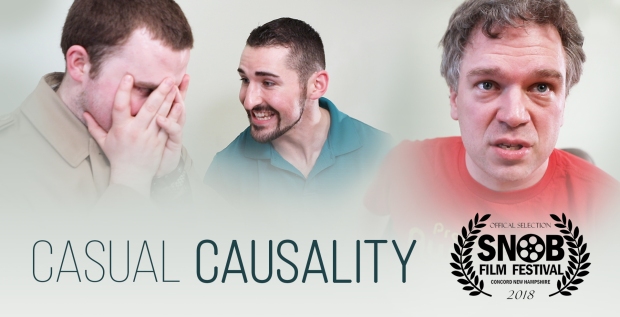 Pilotgroove Pictures will return to the SNOB Film Festival in November with Casual Causality. The 48-hour short comedy was selected for the 2018 festival and will have two screenings – Friday, November 9 at 6pm and Saturday, Nov. 10 at 9:30pm – at Red River Theatres in Concord, NH.

The SNOB (Somewhat North of Boston) Film Festival marks its 17th season in 2018. The annual showcase brings nearly 50 independent films, both short and feature-length in a variety of genres. The festival also features a full slate of live music as well as craft beer tasting from SIX New Hampshire breweries.